Rhythm of War (2020) by Brandon Sanderson 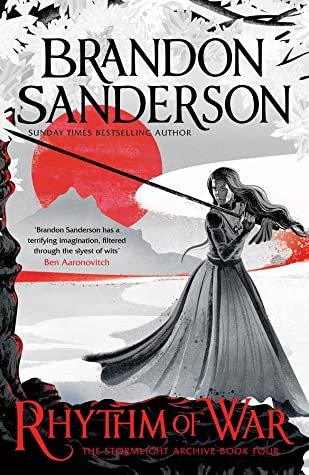 A particularly long read, this book marks a shift in focus and pacing from the other works. Unlike the other texts which are action packed and fairly quick paced. This one is a slow churn that befits the nature of what the characters are going through. However, one is left to wonder if, despite the effective depiction of what the characters are going through, more could have been edited out. Or perhaps released as part of separate texts. There are whole conversations that serve mostly as exposition for how the magic works and at the fourth book, that is a bit tiring. Especially when it is simply the characters talking.

While I appreciate that we need to understand the magic because Sanderson will be using it later to solve the story, it feels a bit clunky in how its handled here.

However, despite my complains, I read the whole book and was happy for the most part. As always, the conclusion was incredible and rewarding in itself. I just hope that Sanderson doesn’t solely rely on epic conclusions to deliver his stories. Journey before destination.